Who is Buried Here?

Laurel Grove is a Beautiful Setting

How to Find Laurel Grove 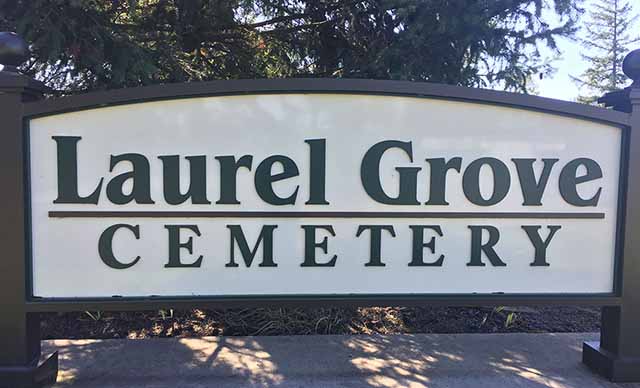 For many years the cemetery on the hill in Glenwood has been called by various names, a few being the I.O.O.F. Cemetery, Judkins Cemetery, Laurel Hill, Laurel Grove, and a few people I spoke with just plain called it Cemetery Hill. After speaking with various people and reading up on the cemetery, the general consensus is that the correct name is Laurel Grove.

The I.O.O.F. Lodge acquired the cemetery in the late 1880s and on the original deed, the name was Laurel Grove and it has never been officially changed to anything else. Over time it was referred to as Laurel Hill and the name just seemed to stick no matter how hard the lodge tried to convince folks otherwise.

In the beginning it was on the Zara Sweet donation land claim. The first known burial in the cemetery was that of William Sweet, son of Zara and Sarah. He died September 27, 1855, age 5 years, 10 months and 7 days.

Laurel Grove Timeline:
1851 Charles B. Sweet is the first settler in Glenwood, filing for a Donation Land Claim (DLC) near Henderson Avenue
1852 Zara Tousey Sweet files a DLC in the area west of Charles Sweet’s claim
1855 William Sweet, second son of Zara and Maria Sweet, dies at age 5 and is buried on the hill on his property
1857 Zara Sweet sells his DLC to Thomas Judkins and moves to California. In the same year, Charles Sweet sells his DLC to James Henderson.
1878 Thomas Judkins dies in a buggy accident. Son Edmund Judkins inherits land claim.
1892 Edmund Judkins sells 12 acres east of the Judkins home to the I.O.O.F. Lodge #70 for $225 for The Laurel Grove Cemetery.
1921 The Grand Army of the Republic (GAR) erects a bandstand with an eagle atop as a monument to fallen soldiers of the Civil War.
2011 The eagle, which had been lost in the years since 1921, is replaced.
2014 Hartlauer signs donates a sign for Laurel Grove
2017 The flagpole is replaced and a new storage shed is built. A Spanish American war plaque is found buried in the soil several feet below the ground.

The cemetery is still maintained by a small but dedicated crew of volunteers.

Among the 4275 (+/-) people buried at Laurel Grove Cemetery are Isaac Briggs, who founded the City of Springfield with his son, Elias, along with four Springfield mayors, major league pitcher Howard Fox, Charnel Mulligan, co-founder of the City of Eugene, and the family of Cottage Grove author Opal Whiteley.

Visit the Notable People page for more information on these and other notable individuals buried here. 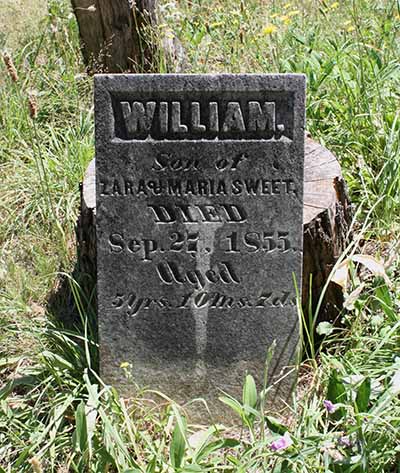 Get Involved with Laurel Grove Cemetery

If you'd like to be part of the team that cares for Laurel Grove Cemetery, there's plenty of opportunity. Whether you'd like to clear brush, help with restoration of monuments, take photographs, get involved in leadership, or just lend a hand, we welcome you! Cemetery work parties are held on the third Saturday of each month. Laurel Grove is a non-profit organization and donations are tax deductible. Please contact us by phone if you'd like to take part in the life of this historic Oregon cemetery.